Aberdeen, Carolina & Western Railway special excursion Train #900 moves westbound through Samarcand, NC on May 16, 2021. The occasion was the operational debut of acquired F9A #271 and F7B #276 from Norfolk Southern in 2019 now repainted in new livery by the ACWR. Dan Robie 2021

Bob Dylan sang about “the times they are a changin” and indeed they were. They continue to this day in ways once seemingly unimaginable but in the brevity of a fleeting moment. This reality applies to the broad scope of life and to a smaller yet precise degree, the present day railroad landscape as well. As we have entered the third decade of the 21st century, accepted practices that were long-standing are diminishing or have disappeared altogether in regards to what there is, what we see, and what we can expect going forward. The onset of Precision Schedule Railroading (PSR)---in particular---has dramatically transformed operations on Class I railroads. The quantity of trains has decreased, main line routes downgraded, and classes of locomotives purged from the rosters.  For many generations of rail enthusiasts who have spent decades trackside, the interest has waned substantially.
​Fortunately, there is salvation to be found with the numerous short line and independent operators for those seeking railroading seasoned with the flavors of the past. There are trade-offs to be certain---namely, quantity for quality. A trip to a short line railroad quite often is an all-day affair with possibly a single train. But such an outing is worthwhile because train speeds are generally slower providing ample opportunities for photographs in a variety of settings. If the motive power is unique it will sweeten the experience all the more. The Aberdeen, Carolina & Western Railway in North Carolina is a railroad that embodies the aforementioned. Added to this the unveiling of classic diesel power in a striking paint scheme that makes for a winning combination.
It was the end of one era and the beginning of another when Norfolk Southern sold its F units to the Aberdeen, Carolina & Western Railway and the Reading Blue Mountain and Northern Railroad (RBMN) in December 2019. Each road acquired an F9A and an F7B (ACWR units #271 /#276 and the RBMN units #270 /#275) for use on their respective executive and/or excursion specials. The RBMN was quicker on the trigger to repaint its locomotives as the makeover was completed in 2020. Fans of the ACWR had to wait longer in eager anticipation for its two F units to finally be unveiled and make their operational debut. Finally, the day arrived and on May 16, 2021, units #271 and #276 were the assigned power on excursion Train #900 that operated Candor-Aberdeen-Candor-Star. The railfan turnout for the event was impressive as hundreds chased the train on its journey taking photos at multiple locations and as a bonus, a percentage of enthusiasts also had passes to ride as well. This was possibly the largest photographer turnout in the region for an event since the 2017 Santa Train on the former Clinchfield Railroad. 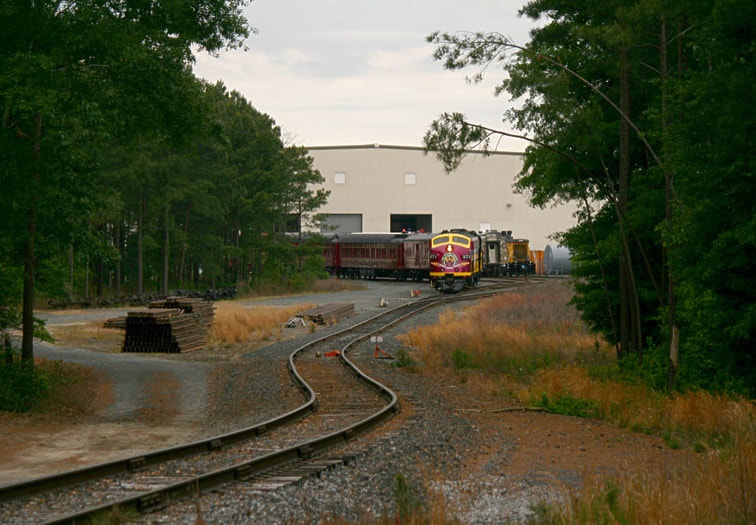 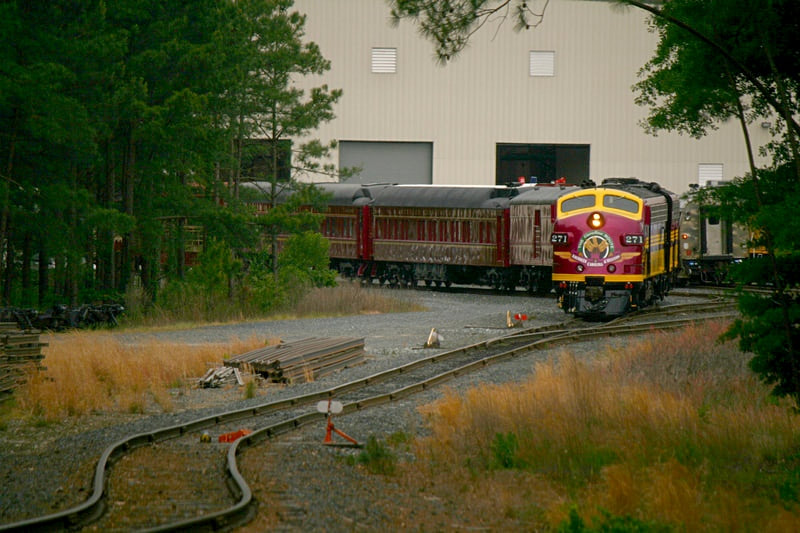 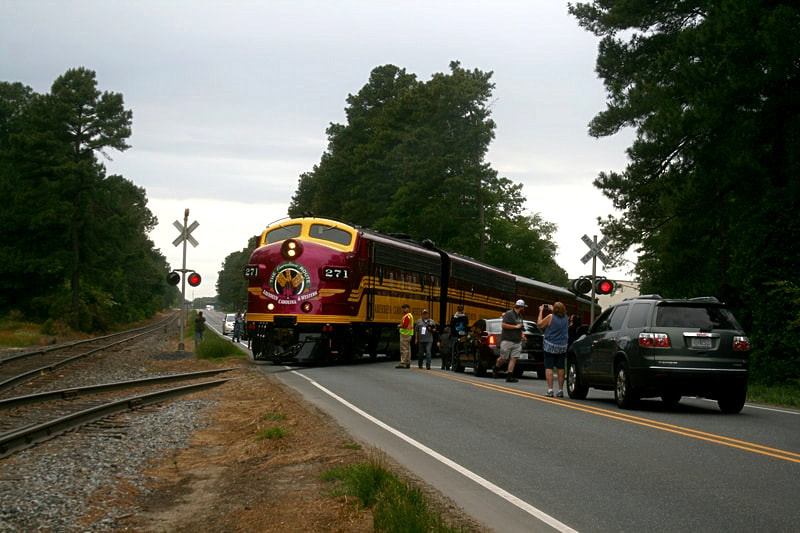 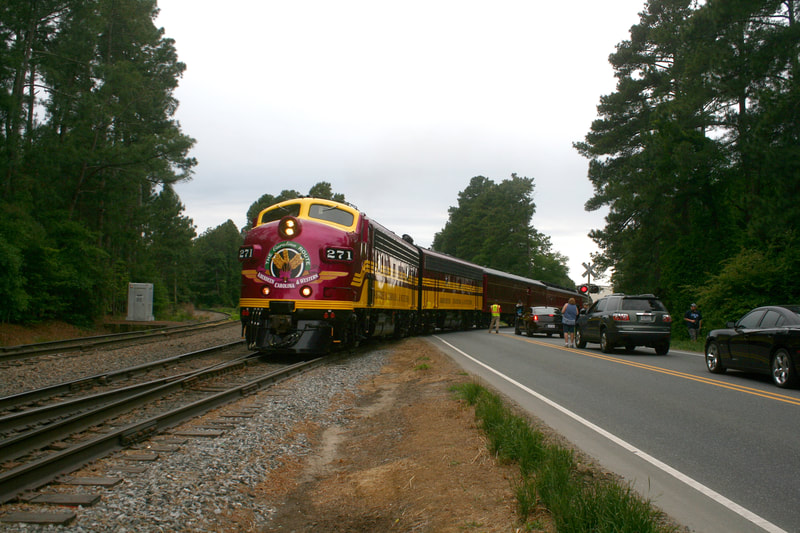 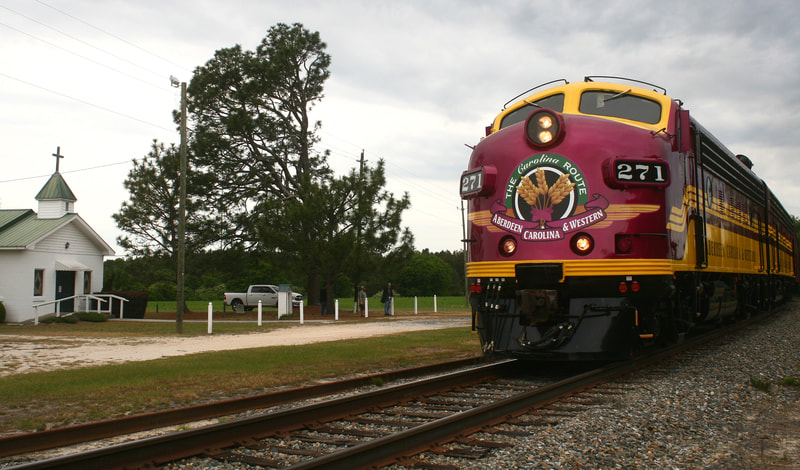 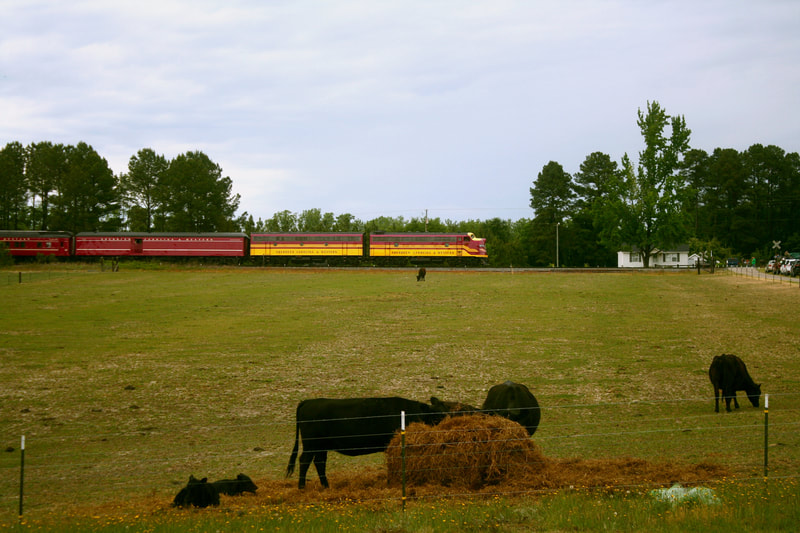 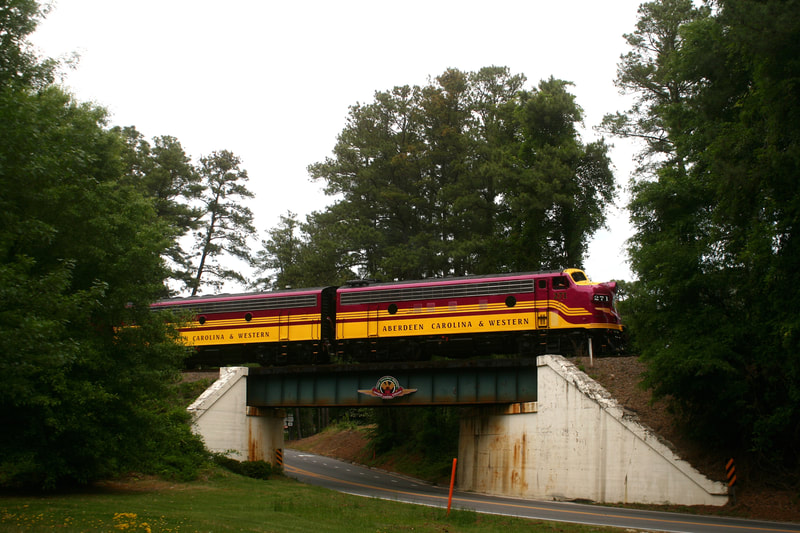 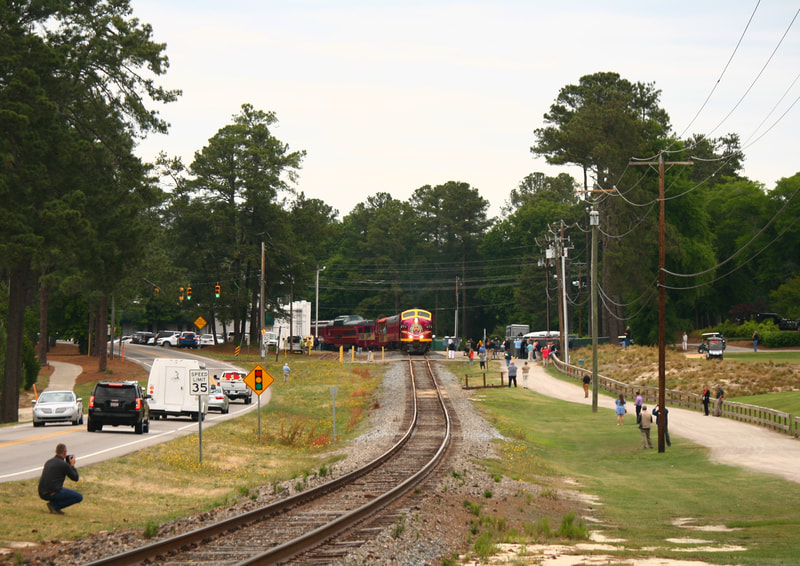 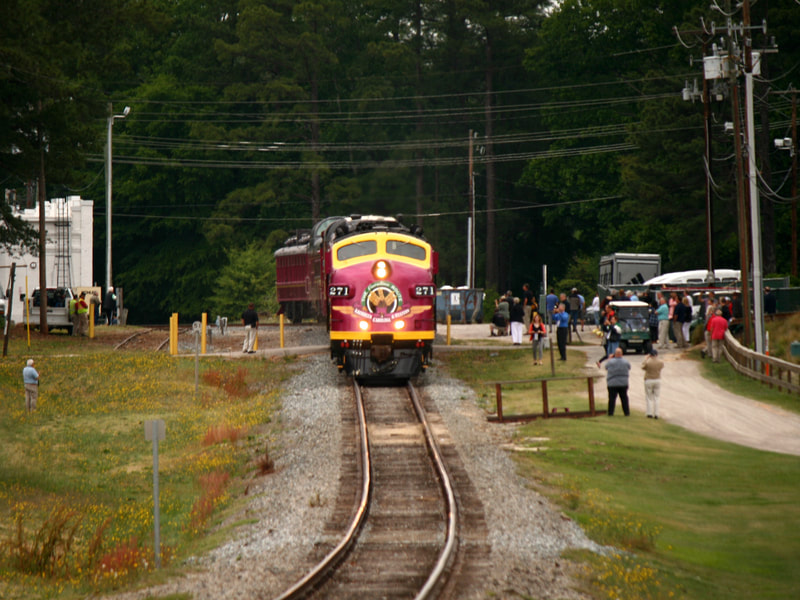 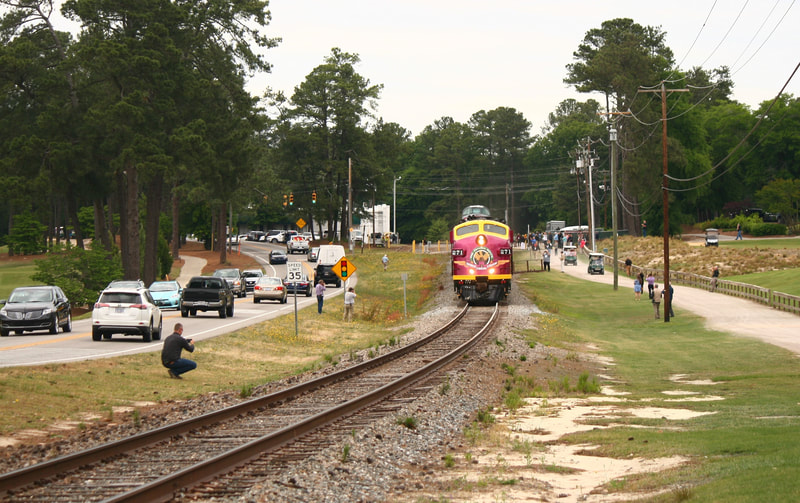 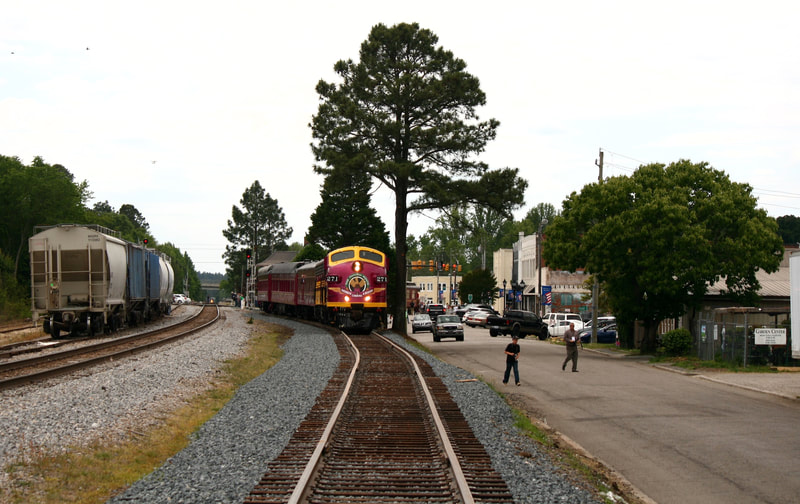 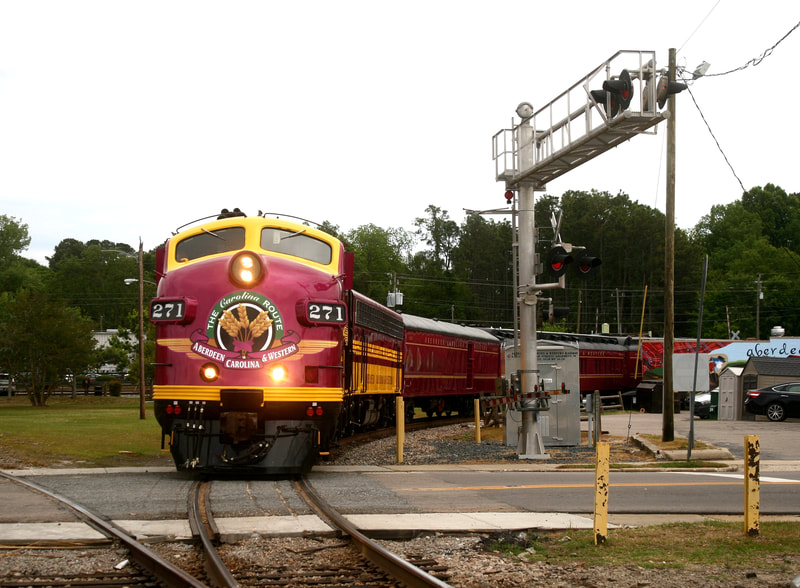 The photos are in geographical order with Aberdeen as the demarcation point for morning and afternoon. The morning was the busiest with respect to trackside observation on the initial run from Candor to Aberdeen. As per the norm with events such as this, there are regrets that other excellent photo locations are often omitted. 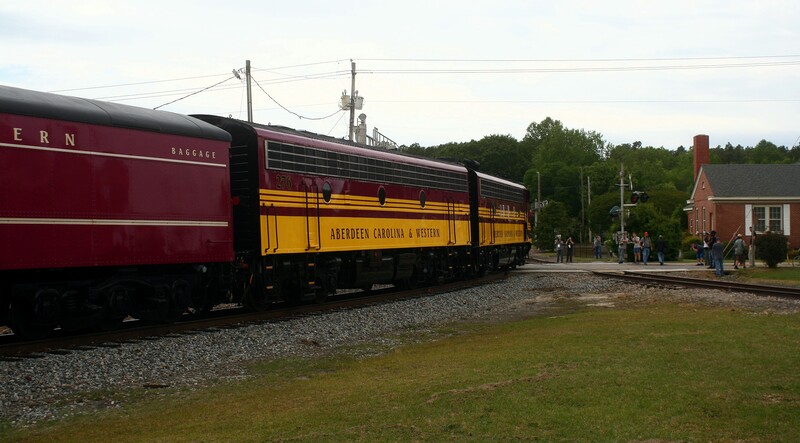 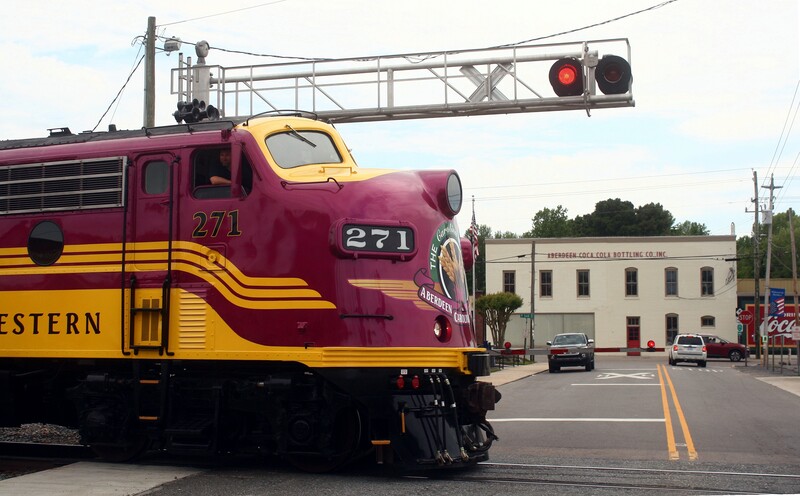 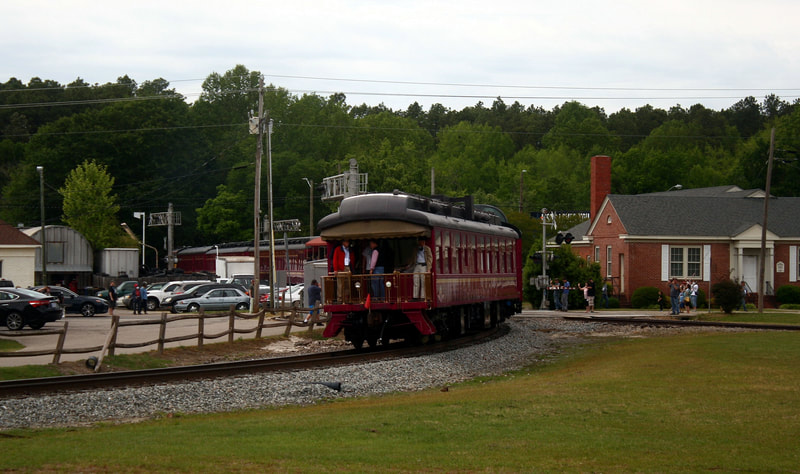 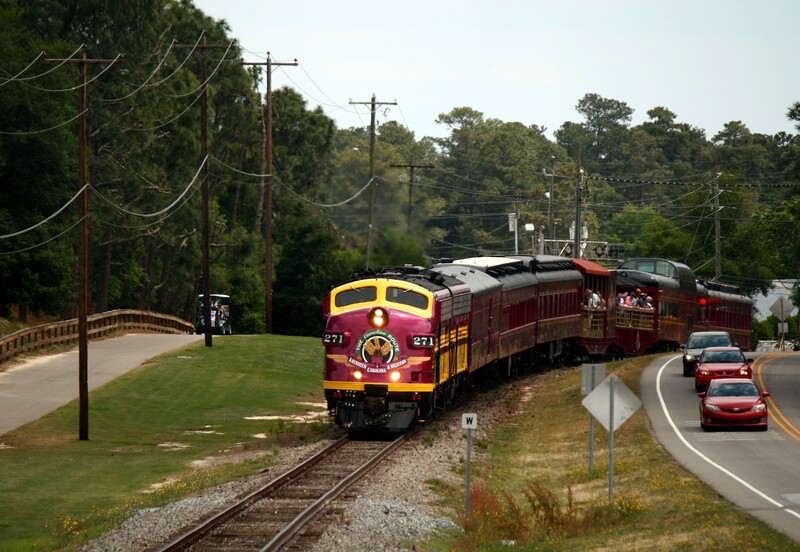 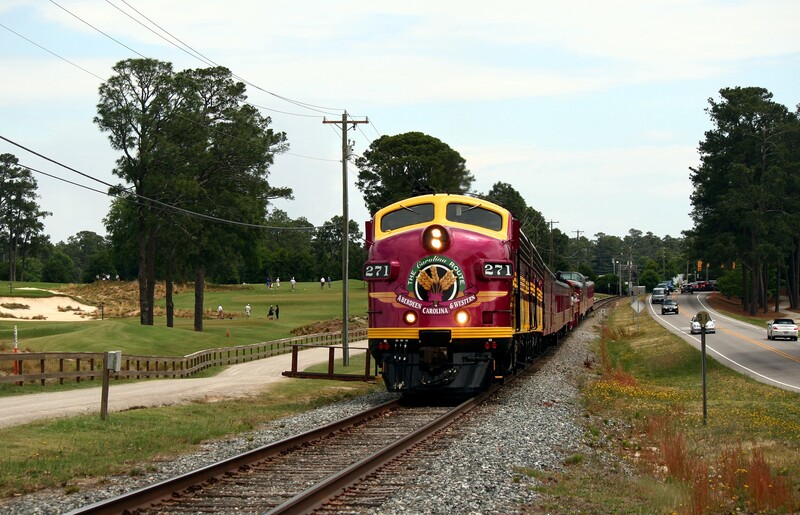 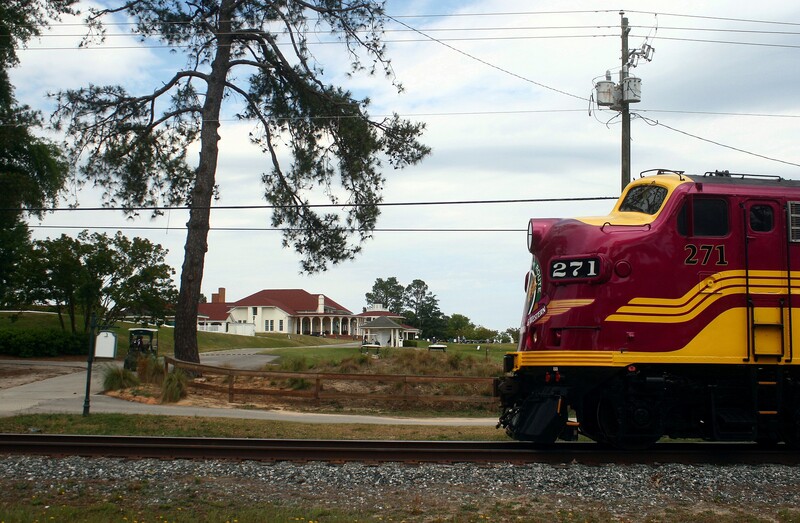 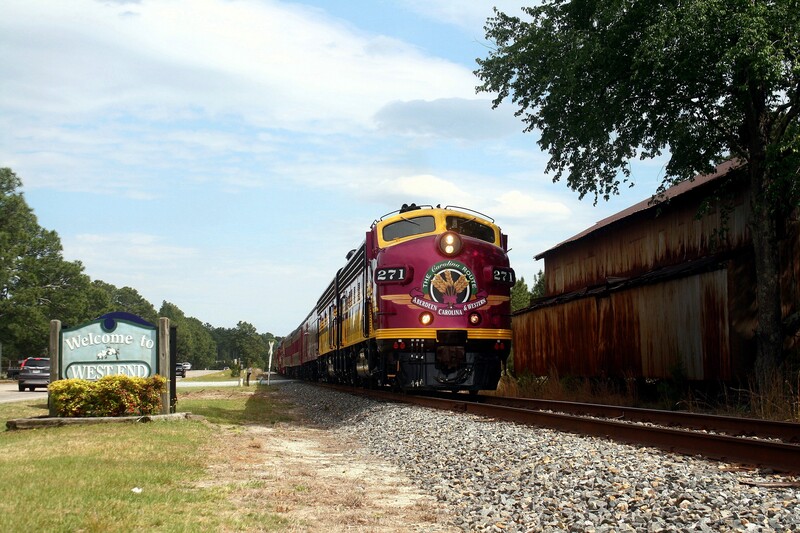 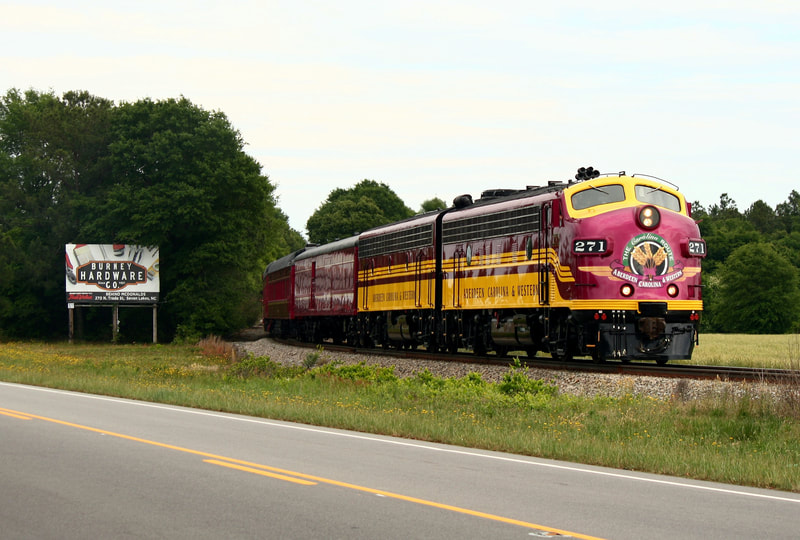 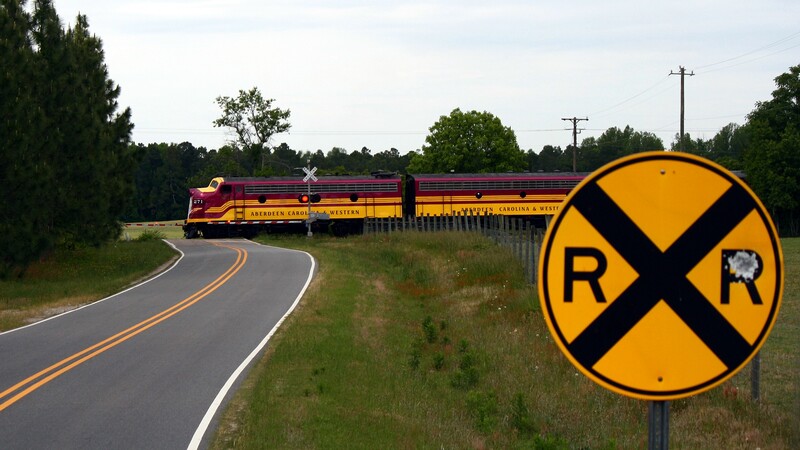 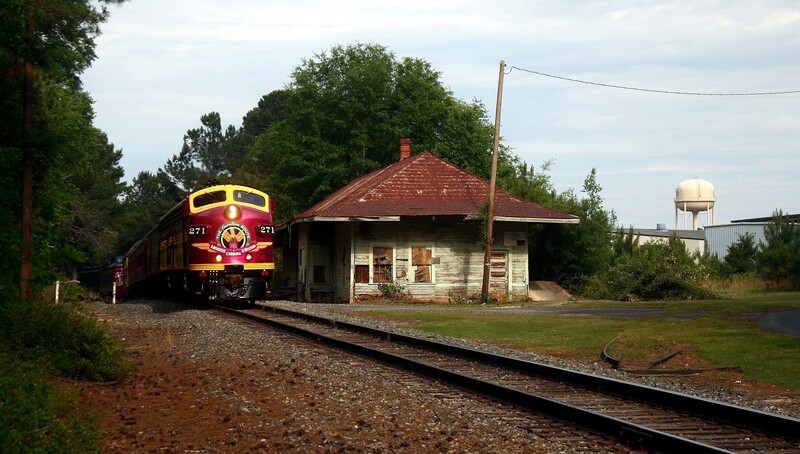 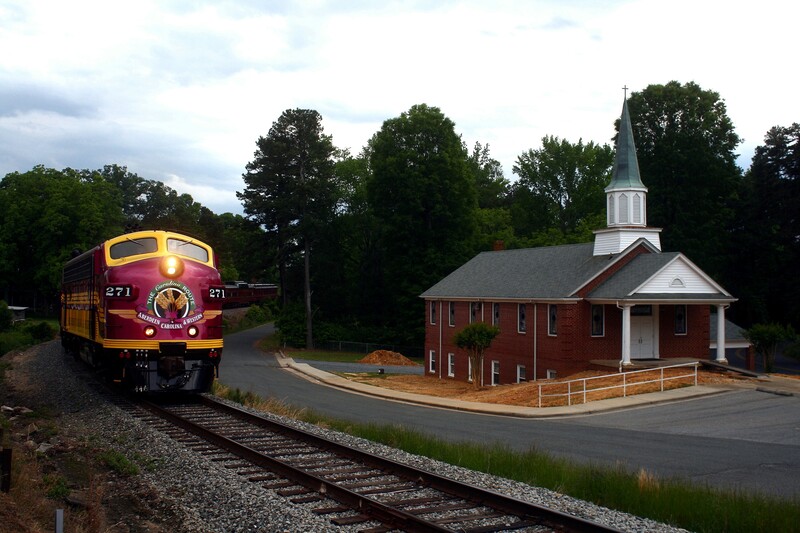 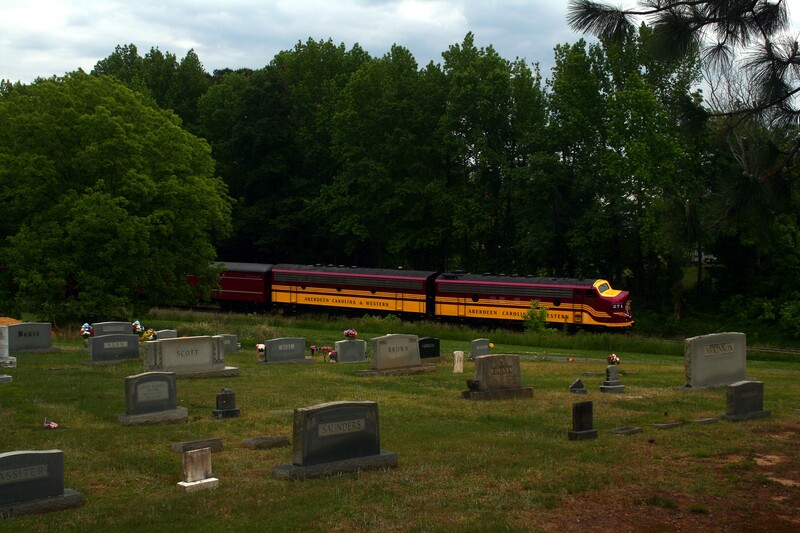 The majority of comments made both trackside and on social media are positive about the locomotives and the paint scheme. However, nothing is unanimous as there are also naysayers that are not impressed with the rendering but they are perhaps in the minority. Beauty is indeed in the eye of the beholder and each individual has his/her respective assessment of such. Where there is no question is the outstanding presentation by the railfan friendly Aberdeen, Carolina & Western Railway for operating this special train and for its preservation of classic locomotives for current and future generations to appreciate. First class all the way.

On March 13, 2022, the Aberdeen, Carolina & Western Railway operated a special train from Candor to Pinehurst for an economic conference. F9A #271 and F7B #276 were the power on this run with SD40-3 #6922 on the rear for return power. This eliminated the need to run to Aberdeen to wye the F units for the return. The special run was obviously shorter but the major difference on this outing was better weather. Last year was overcast whereas this time it was sunshine and blue sky. 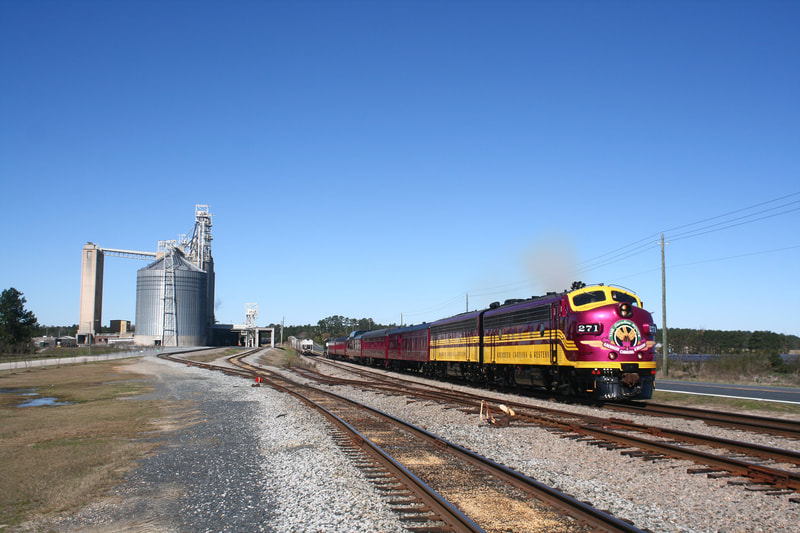 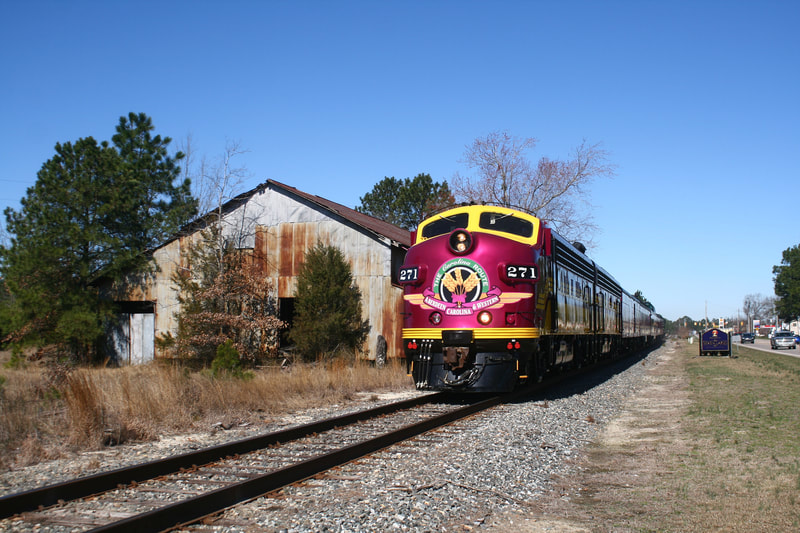 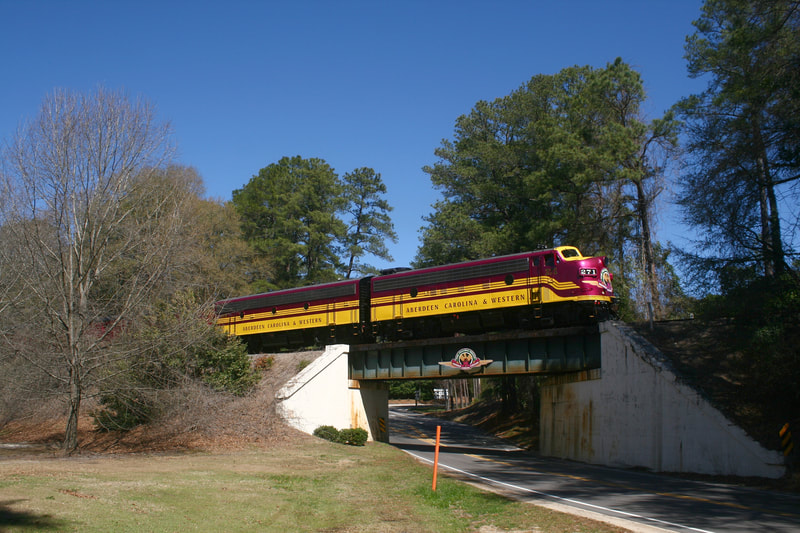 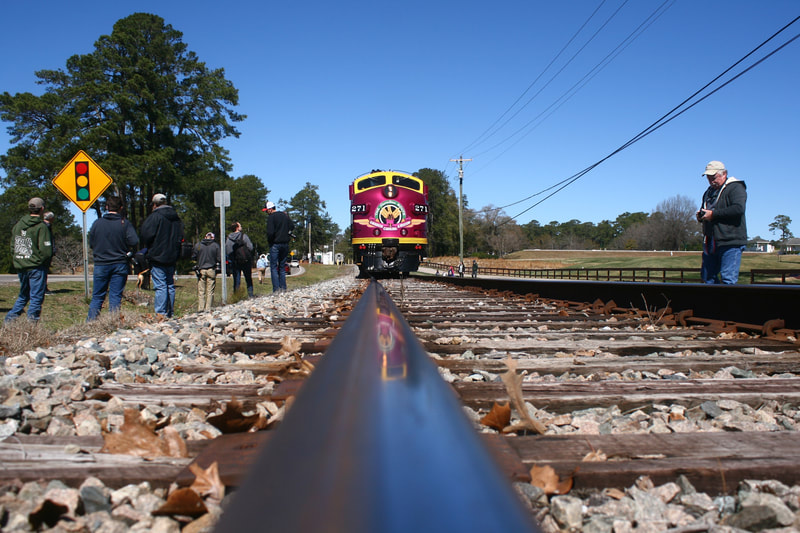 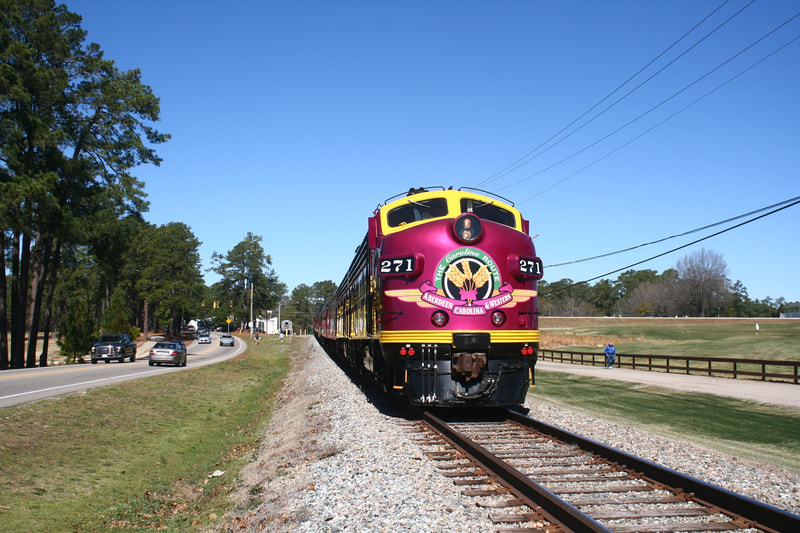 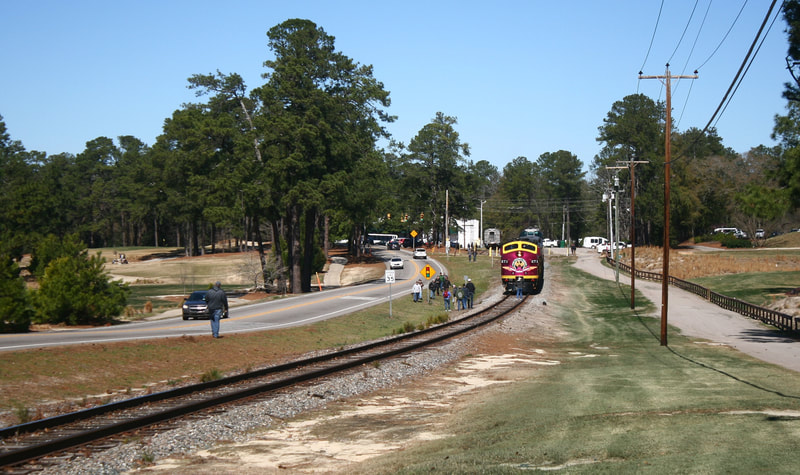