During the spring of 2013, CSX has been testing two sets of SD70ACe demonstrators numbered #1202-#1203 and #1204 -#1205 respectively. As of this writing, the 1202 and 1203 have primarily been tested on coal trains at locations on the CSX Mountain Sub between Grafton and Cumberland and most recently, running the Huntington Division between Corbin and the West Virginia coalfields. Continuing with a long established pattern, the CSX Mountain Sub and before it, the B&O West End, has been the litmus test for new and/or experimental locomotives including those of other roads. With four consecutive tortuous grades, this piece of railroad between Cumberland and Grafton will quickly prove the mettle of a locomotive. 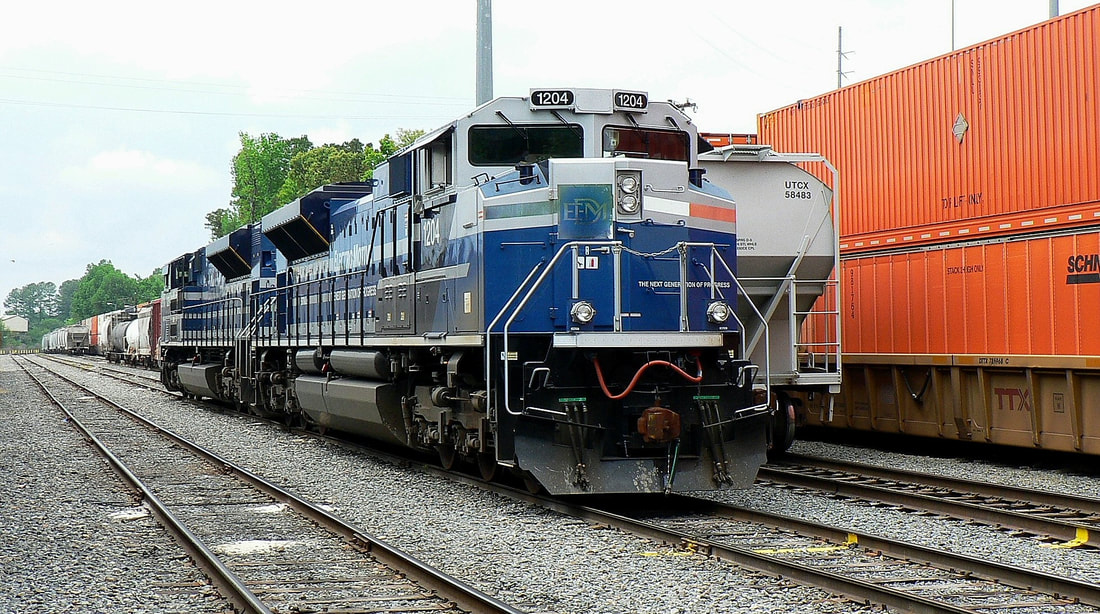 ​EMDX SD70ACes #1204 and #1205 at rest in Pinoca Yard at Charlotte, NC. These units were power for the inbound Q194 this day. Dan Robie 2013
The 1204 and 1205 had been predominately assigned to service running most recently as dedicated power on Q041/Q042 between Jacksonville and Chicago and in manifest duty on Q541/Q542 between Waycross and Cincinnati. This set deviated from those specified runs when the power went to Atlanta and in turn, was placed on a Q194 to Charlotte. It was this train that enabled me and other interested--and certainly more important--parties to witness and evaluate these demonstrator units in action albeit in basically a switching mode. 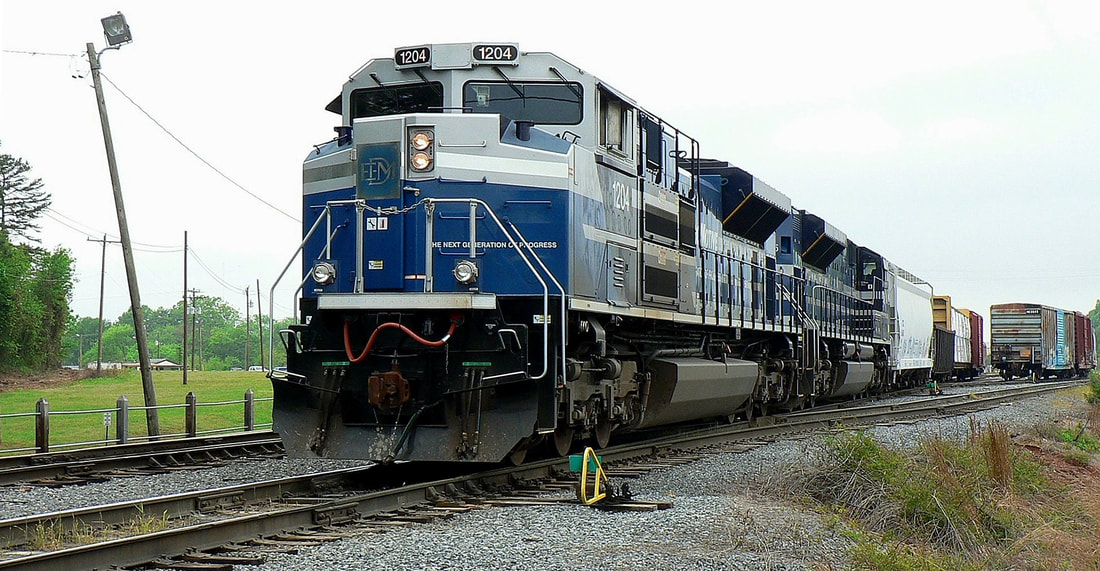 Throughout the day, the demonstrator set was used by a couple of yard crews if for no other reason that the regular yard engines were out on runs. Here, the set switches blocks of cars for both local industries and the next day Q468. EMD demonstrator paint schemes have been eye catchers dating back to the era of F units. In spite of the changes and tumultuous recent history of EMD, the liveries on the demonstrators have remained consistently good. Dan Robie 2013
To say that CSX has had a tenuous interest with new EMD products would be an understatement. When the company took delivery of twenty SD70ACes from the initial build of the model in 2004, it was hoped that it would prove successful and renew interest with new production EMD products. Unfortunately, this led to quite the contrary. This first batch of SD70ACes numbered #4831-4850 has been plagued with mechanical problems and as a general rule not popular with road crews for that primary reason along with others most notably cab noise. All twenty are still in service but as an example at the time of this writing, several of them are noted with mechanical issues. The problems incurred with the SD70ACe despite the preference for AC traction certainly had influence on CSX passing on the release of the SD70M-2 model in 2005. As a result, the company has opted to continue purchasing new General Electric products to this date.
Head on views of the #1204 in Pinoca Yard and the #1205 later in the day at the intermodal ramp. Based on the accumulation of road grime the #1205 appears to be the more frequent leader. Dan Robie 2013

Rumors are that CSX plans to purchase a number of these updated SD70ACes but I have not read nor heard any official confirmation at this time. I can report that engineers who ran these demonstrators at Charlotte were pleased with them in regards to loading and response, comfort, and reduced noise. They also noted differences in the control stand functions and displays that would require becoming accustomed to. For the reader who is interested in the technical data for this model, click on this link:

SD70ACe Data
I will update this page with any new confirmed information about the demonstrators or the future of this updated SD70ACe at CSX. The reader will likely discover this information elsewhere, however, as there are sites that will be more privy to this news. 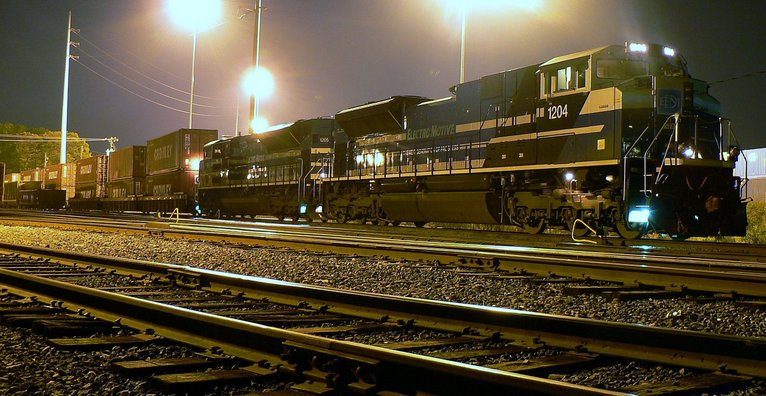 By no means the best quality night image but the only one possible under the circumstances. The demo set is now brake testing on the Q037 for the overnight run to Jacksonville amidst an outpouring of mercury vapor lighting. Dan Robie 2013

July 30, 2013: CSX will continue to test the SD70ACe with the pending arrival of "two units from Colorado" according to a source in Jacksonville. No official decision has been made as of this date as to whether the company intends to place orders for this locomotive.